Information on the condition of vineyards in Ukraine on October 1, 2021

In the wine-growing zone of Ukraine the first decade of September was moderately warm with an air temperature of 16-18℃, in the second decade the average decade air temperature increased to 18-20℃, in the third decade it became cooler, and the average air temperature dropped to 11-13℃. The maximum air temperatures reached 27-29℃, and the minimum ones decreased to 4-6℃. According to observations at the meteorological post at the NSC «IViV them. V.Ye. Tairov» sum of air temperatures is consistently higher than +10 on September 30 was 3160℃, which is 20℃ higher than the average long-term values. Precipitation in August in most areas was less than normal and amounted to: in Uzhgorod-31 mm, in Odessa-14 mm, in Nikolaev 35 mm, in Kherson-13 mm, in Zaporozhye-20 mm (https://rp5.ua/).

In general, all vineyards have already harvested table and technical grapes of late ripening, or their collection is over.

Preliminary survey of grape plantations showed that in most regionalized varieties the maturation of shoots is slower than in previous years.

On non-irrigated plantations to ensure the conditions of accumulation of precipitation in the soil in the autumn-winter period, after harvesting it is necessary to carry out chiseling between rows to a depth of 20-25 cm, and on a compacted technological track to a depth of 15-20 cm.

In young (1-2 year old) vineyards, in order to prevent damage to future trunks and especially the place of frost grafting, it is mandatory to hil the bushes with a layer of soil 20-30 cm.

To disinfect the bushes in order to destroy the wintering stages of insects and spores of pathogenic fungi, in the fall it is necessary to conduct 2 comprehensive treatments of plantations, especially under conditions of their intensive development during the growing season, which was observed this year.

The first treatment is carried out on the leaf (after harvest), the second after leaf fall, but not earlier than 14 days after the last treatment. It is important to choose the right drugs, because each drug works at a certain temperature, and not all of them can be mixed.

Sheet processing should be carried out in dry weather at a temperature not lower than +10℃. During this period, it is effective to use a tank mixture of urea and ferrous sulfate (3-5%), which has several advantages in plant protection. First of all, this mixture disinfects the leaves from pathogens and has an acaricidal effect, works effectively as a disinfectant against lichens and mosses, as a fertilizer in the fight against chlorosis and promotes better laying of buds for future harvests.

Iron sulphate is a broad-spectrum contact preparation, eradicates almost all phytopathogenic infection and has an acaricidal effect. The joint use of iron sulphate with nitrogen fertilizers will create an acidic environment that will accelerate the decomposition of plant residues, limit the development and preservation of winter stages of pests and diseases.

After leaf fall (at an average air temperature not lower than +4℃, we recommend the use of universal preparations based on a concentrate of vegetable oil emulsion 30-B, 76%, or 30-D, 83%. Preparations, evenly covering the bushes with oil film, create a protective barrier on the surface of plants, which will be maintained throughout the winter and prevent the penetration of oxygen, which leads to the death of eggs and larvae of insects and pathogenic spores and protect grape bushes from temperature fluctuations in winter. Treatment should be carried out a month before sub-zero temperatures, not later than the second decade of November, using 3-4% concentration of drugs (15-40 l/ha), for small volumes of application rate is 300-400 ml/10 liters of water. 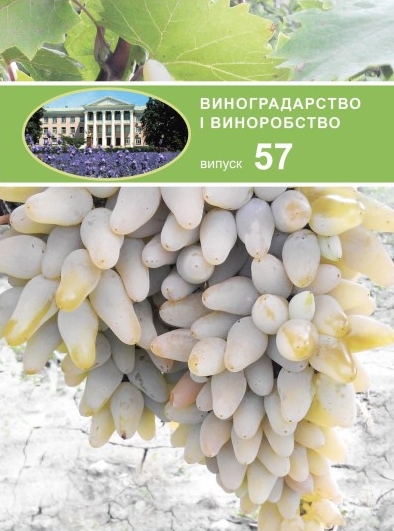